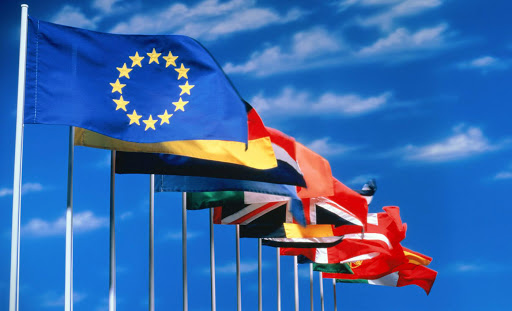 Towards a Decentralized Eurozone—A draft agenda for (possible) reforms

Recently the Fondazione De Gasperi attended a workshop organized by the Wilfried Martens Centre in Brussels. The aim was two-fold: on the one hand, to distill some stocktaking from the euro sovereign debt crisis, on the other, to discuss some long-needed reforms. The high-level discussion – under Chatham House rule – benefitted from attendance of academic economists, policy advisors, think-tank scholars and practitioners from within the EU. All in all, it registered some convergence as well as still some distance.

Here are some personal takeways from the general discussion I joined. There was broad agreement that nowadays being pro-European does not necessarily entail supporting further integration. Neither entails passively accepting the wisdom coming from Brussels or Frankfurt.

Indeed, as was noted, some tensions embedded in the Eurozone architecture were evident at the very outset but was deliberately chosen not to tackle them fearing it would be politically divisive. For instance, a monetary union without a banking union is intrinsecally fragile because of the doom loop between government finances and banks’ holdings of (sizeable) stocks of government bonds. Yet, today the banking union is still incomplete with the Single Supervisory Mechanism that came into effect only in 2014, but with no European insurance deposit mechanism. Likewise, there is a broad sense that the current framework to oversee national budgets from Brussels lacks trasparency and predictability, and does not offer confidence that it is evenly implemented.

Against this background, the discussion centered on the key reasons of the recent crisis as a way to prioritize much-needed reforms. Fiscal discipline, as agreed and codified by the members of the Eurozone, was never implemented by each and every country at the same time, as one presenter noted. Yet, that was not the only critical factor at work in spurring the sovereign debt crisis. It was rather its combination with the lack of a banking union as well as a minimimalist interpretation of the European Central Bank’s mandate that resulted into an explosive mix.

Indeed, as one of the paper presented clearly stated, fiscal discipline is not just a matter of keeping public finances under control, but it also relies on a sound and stable banking system. If a banking crisis breaks, the fiscal position may quickly deteriorate, as it happened in Ireland and Spain. This triggered the introduction of the banking union, which has not been completed yet. Even so, in the event a crisis erupts for whatever reason, the central bank acts as a firewall to mitigate its propagation to the rest of the financial system and of the economy by providing lending of last resort to the distressed bank. This firewall can’t be automatically erected (i.e. lending provided by default) as that would encourage moral hazard. In the case of a monetary union, this gets more complicated as it inevitably adds a distributive dimension across the various countries of the union itself. That explains why the European Central Bank didn’t feel equipped to intervene at the outset of the crisis and waited til the summer of 2012 when Mario Draghi and his “whatever it takes” statement on July 26 in London paved the way to the introduction of an unprecedented set of measures that soon begun to stabilize Eurozone markets.

While the euro is still a young currency, one can already attempt at drawing some lessons, at least in terms of what not to do. First, thinking of improving fiscal discipline by simply adding more rules and more constraints is only going to make the overall framework more opaque and uneven in its implementation. Such a framework — as currently set up — even provides ammunitions to those who are in principle against the common currency. Rather, the emphasis should be on the long-term sustainability of public finances so as to avoiding fuelling disagreements on shorter-term measures and targets. For instance, in its simplest formulation and just for the sake of illustrating my point, this could consist of a commonly-agreed reduction in the debt-to-GDP ratio over a longer period, say, five years. Each country, in turn, would decide how much it wants to act on the numerator through public finances stabilization measures versus on the denominator through growth-enhancing measures. A very simple scheme along these lines would go a long way in providing significantly more ownership in the management of fiscal policy and addressing the overintrusion associated with the current setup.

Another issue that was debated was how to tackle the sizeable balances within TARGET2 – the real-time gross payment settlement mechanism run by the Eurozone national central banks and the ECB. A group of creditor countries holds significant credit positions while earning no interest income on those balances. A presenter, in fact, suggested to charge an interest rate on the debtor balances. While from an accounting perspective this may make sense, I believe it does not address the broader problem one should try to address here. That is, a monetary union with structural current account imbalances forces debtor countries to correct the imbalances by taking the entire burden of the adjustment. In so doing, the monetary union is structurally recessionary as equilibrium is achieved through compression of aggregate demand in the deficit countries. A much better equilibrium would be if adjustment were symmetric with both creditor as well as debtor countries. This is exactly what has not happened in the Eurozone since inception. Germany, for instance, has run and – in the IMF’s forecasts – will be running current account surpluses in defeat of any macroeconomic cooperation. Therefore, one of the key challenges for the sustainability of the Eurozone is to credibly incorporate this key macroeconomic dimension into the common policy setup.